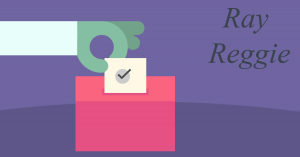 Deadline for political advertisements announced by Facebook. This is what you need to know before time is up!

MANDEVILLE, LOUISIANA, UNITED STATES, October 3, 2020 /EINPresswire.com/ — Election day is quickly approaching and time is running out to submit your advertisements to Facebook. During this election year, I’ve seen so many rookie mistakes being made from top to bottom. I’ve outlined two main things to focus on between now and November 3rd.

1. Submit your Facebook ads RIGHT NOW and make sure they’re approved and running. So many politicians have reached out to me in sheer confusion wondering why their political ads keep getting declined by Facebook. The short answer – you hired a novice to do a professionals job. I speak in seminars and keynote addresses that “Cheap labor is expensive” and have for years, but, in the political environment, it means more now than ever before. If you are involved in an election – hire an experienced digital media expert. That expert will understand the maze and recent changes to getting ads online with Facebook, Instagram, and other platforms. Simple mistakes and inexperience add up to huge losses and even the risk of losing at the polls. Hire a professional that knows the in’s and out’s of political advertising and has the connections necessary to get your ads in front of the right people at the right time.

2. It is important to get EVERY potential digital ad prepared, uploaded, and approved by Facebook. Let it run to get at least one (I suggest more) impressions logged, then pause it. You have “seeded” and the ad is now “seasoned” and approved to be run. This is important if you suspect you will have to respond to an attack ad. Per Facebook, Candidates and political action committees will continue to be able to buy ads that have already received at least one impression by October 27th. “They can also choose to target those existing ads at different groups or adjust their level of spending. But they won’t be able to launch new creative campaigns”. In short – right now is not a time for trial and error and learning how to do social media marketing properly. You still have time to get the right ads in place – act fast – the clock is ticking.

The most important date to remember is, Monday, October 26th! That is the last full day that ads will be approved to run on Facebook. I would plan for all attack ads from your opponent or independent/ 3rd-party to go live on October 26th or 27th, when it is past the deadline to get a rebuttal ad approved! That means the attack ad would air, but the response or rebuttal would not – giving a strong advantage to the experienced digital media expert who launched the ad before the new deadline and the response would be too late to get approved!

If you’ve followed me on social media, you know how passionate I am about the importance of hiring a professional to do a professionals job. It’s unfortunate that there will be amazing candidates losing at the polls this November because they skimped on a quality digital marketing team. Your buddy that’s “good with Facebook” does not know how to submit advertisements with a special category campaign selected. Your cousin that “has a huge following on Instagram” doesn’t know how to publish content that drives traffic to your website.